When it opened in 1900, Tobler's Flowers was known as "Bunker Hill Greenhouses," a fitting place for a florist to grow from. The flowers were delivered around Kansas City via horse and cart by Jacob and Etta Tobler themselves. The Toblers would keep the business in the family for 122 years, passing the reigns down from generation to generation.

In the late 1920s, the second generation gave the business its new name and a retail store opened on 39th and Broadway. Fire had taken the original greenhouses, but they were rebuilt. The Broadway location itself was long-lived, remaining operational until 1999.

After World War II, the third generation of Toblers had expanded the shop's operations, and over the course of the century, the growth persisted. Twelve more locations were established, and the business was incorporated. The family added products to their already substantial inventory to keep up with demand. Eventually, they created a wholesale department, ensuring that they would always have plenty of fresh flowers and plants on hand.

In 2010, Chris and Brian Auckland purchased the company and set to making Tobler's Flowers more efficient than ever. Today, Tobler's is a testament to steady growth, careful cultivation, and a deep affection for community. 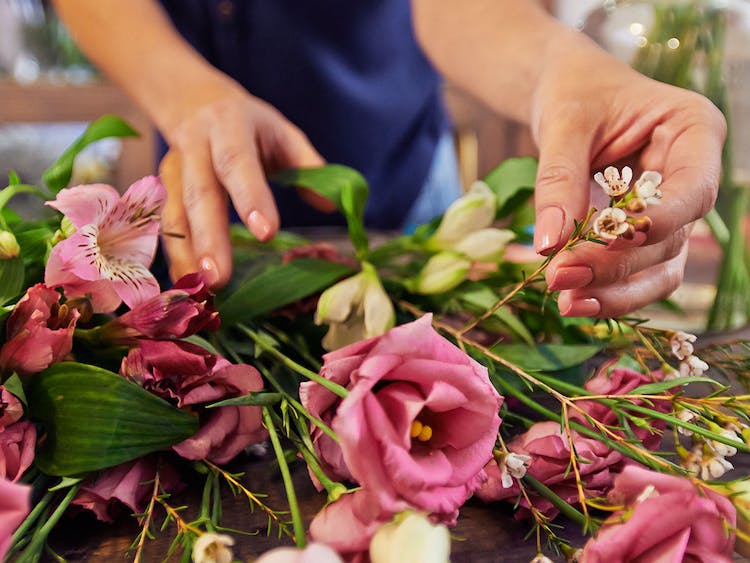 At the designer's table with a member of the Toblers staff 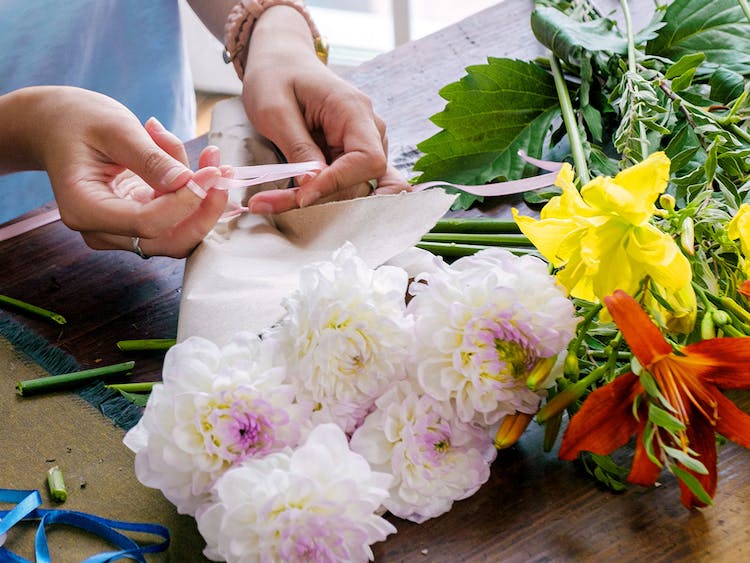 One of our designers carefully arranges a variety of mixed flowers